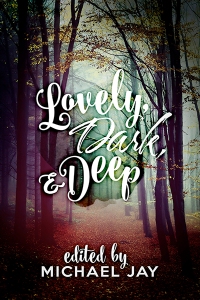 When I was a baby writer, I’d listen to people try to explain what was happening in their story and there would be so many levels to it that I thought we were doing two different things that we were both calling “writing”. That was before I realized that story ideas come in two different stages, though. The first idea is the general concept of what you want to write about, and the second part is how you’re going to make that idea unique. I didn’t realize until just recently that there’s a third part of the equation; no matter how weird or wonderful your world is, without the emotional connection to the characters you’re battling the current instead of floating with it.

When I went to When Words Collide last year, I’d been delving into the idea of why people believe conspiracy theories. Just like everyone who take hard drugs aren’t instantly addicted, people don’t just suddenly wake up and realize that 9/11 was an inside job. A fascinated study came out last year about how people who are subject to conspiracy theories have an external locus of control. They’re so afraid of the chaos that is life, they’d much rather imagine a world where puppet masters pull the strings from behind the smoke and mirrors so travesties like 911 don’t just randomly happen. They’re planned and orchestrated. I mean, obviously 911 was planned, but not by shadowy government officials. If it’s an inside job, then people don’t have to be afraid of the outside.

So when I started “Before The Snow Falls (The Dead Walk),” for the Lovely, Dark and Deep anthology call, I knew who the love interest was going to be. I wanted a character who would be sympathetic, but over his head. I’ve also been fascinated by Wendigo legends. A cult leader who actually delved too deep into legends pretty much rounded up everything I wanted to talk about. I was borrowing heavy into Cree legends, so even though my protagonist was white, I wanted to write a story where Cree love interest was armed with everything he needed to save himself. There wasn’t going to be any great white hope swooping in who would know Cree legends more than the Cree character.

But beyond all of that, Luke’s story is that of trying to find a family. When his best friend dies, he and Liz form a family around the hole left behind. No matter how much they want to be a complete unit, though, they just can’t fit. Families are sometimes amorphous blobs instead of anything linear.

To get the story structure in place, know what you want to talk about is important, but so is remembering what your ideal reader wants out of spending their time and money. In the first draft you don’t have to nail exactly how you’re going to get your characters from the beginning of their story to the end, but setting up the world with enough problems to get you through to whatever length you want the story to be and giving the reader the emotional connection to what is happening is most of what writing is. For my ideal reader, I want someone who cares about the structure as much as the emotional reaction. The promise of a unique experience will draw them in, but the human experience is what I hope they will remember. “Before the Snow Falls (The Dead Walk)” is available here.